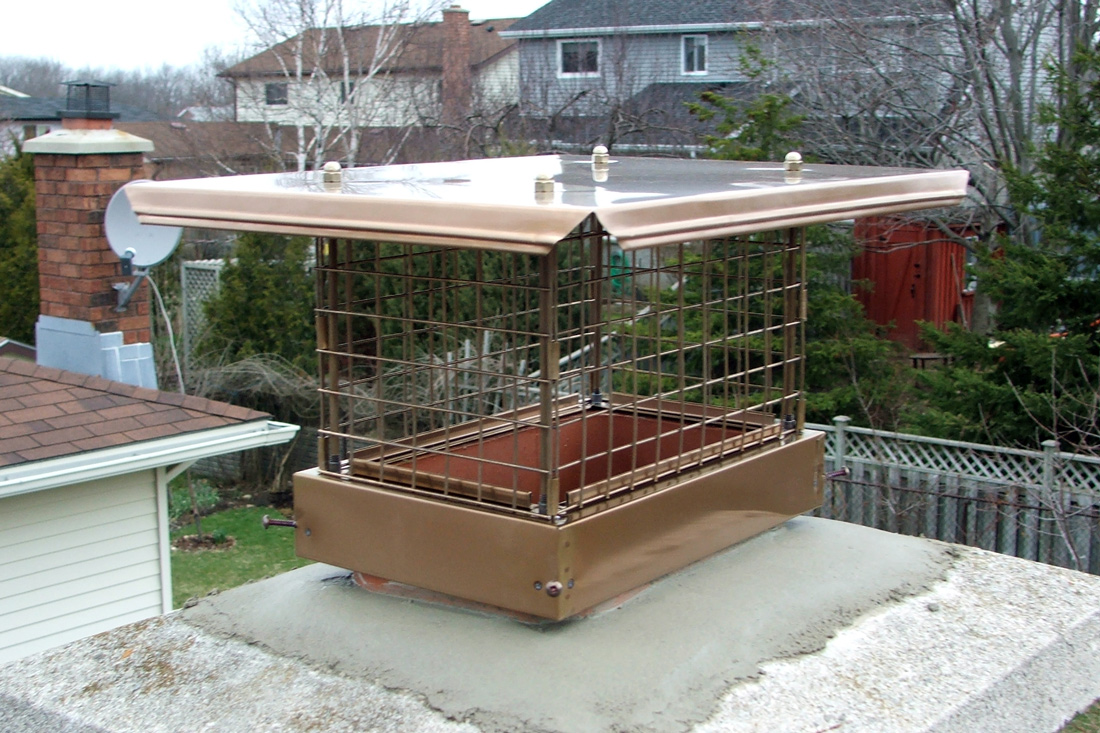 A chimney cap is a specially designed metal cover that sits on top of a chimney. It is designed to prevent rain and snow from getting down into the chimney. If a mesh is part of the cap you install it will also prevent birds and small animals from entering inside the chimney. Metal manufactured chimneys, as instructed by the manufacturer, are all required to have a chimney cap.

Installing a good quality chimney cap on a masonry chimney has several benefits.

1) Without a cap, rain water penetrates into the chimney and eats away at the mortar and bricks. Installing a proper fitting rain cap sheds water away from the top of the chimney and in doing so extends the life of your chimney. Also keep in mind that rain and snow that enters a chimney and gets down into the fireplace will eat away at metal components such as the damper or smoke shelf and sometimes lead to musty smells within the home.

2) Chimney caps designed with built-in screens will prevent birds and small animals such as squirrels and raccoons from entering the chimney and causing an obstruction or worse yet, get stuck there and die giving off most unpleasant smells. It’s most important to prevent these animals from making their way down into your home and causing major messes and destruction.

3) Because the chimney cap has a built-in screen, it might also prevent fires caused by sparks that might otherwise exit the top of the chimney.

4) Invest in a good quality, stainless steel cap that will last for years and will not rust. A poor quality chimney cap may rust over time and cause stains to form down the exterior chimney walls. These unsightly stains are often impossible to remove.

Metal chimneys are all required to have a rain cap as instructed by the manufacturer in its installation instructions.

It’s important to follow the manufacturer’s instruction because,   without a chimney cap, moisture can find its way down inside the chimney, causing rust and corrosion.

Regular inspection and maintenance of the chimney cap is important because…

1) chimney caps have screens that prevent birds and animals from entering the chimney, these screens can sometimes become clogged with soot and creosote and therefore lead to reduced draft if not cleaned properly.

2) it will determine if any animal has attempted to move into your chimney and in the process damaged the cap.

3) it will ensure that your cap is fastened properly and won’t blow off the chimney in strong wind storms.

It is imperative when selecting a chimney cap to find one that properly fits your chimney. An improperly sized or installed chimney cap can reduce a chimney’s draft which can lead to the poor venting as well as smoke spillage within the home. It can also allow birds and animals to enter the chimney. In addition, it is important that it is properly mounted so that the draft is not restricted and that it won’t blow off in a wind storm. Metal chimney kits will include a chimney cover that is specifically designed for that make and size of chimney. Please feel free to contact us about selecting the right chimney cap for your particular chimney situation.

WETT Inspection for Peace of Mind

It’s time for the WETT Inspection

Contact us for an estimate or to book a service.

The Chim-Scan Video Camera allows us to accurately inspect the inside of the flue. The inspection procedure involves Sweeping the flue in order to remove 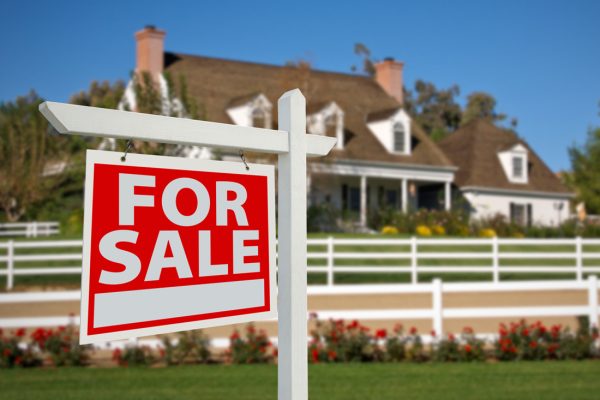 What is WETT? What is a WETT inspection? Why do I need a WETT inspection? Having a WETT inspection done before listing a home alerts the homeowner of any potential repairs that may require attention. Making any repairs ahead of listing your home avoids having these issues become stumbling blocs when a purchaser submits an offer. 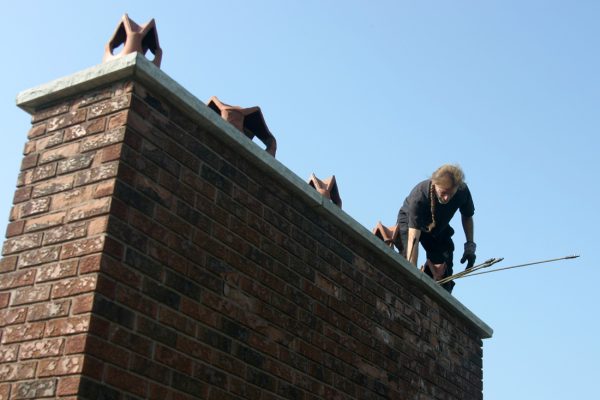 Did you know that today’s modern wood-burning appliances are much more energy efficient than those of 20 years ago and therefore burn less wood for the same heat. Updating your 20 year old stove to an energy efficient one not only saves you money but is also kinder to your environment. (Ask our WETT certified technicians how to improve your installation.)