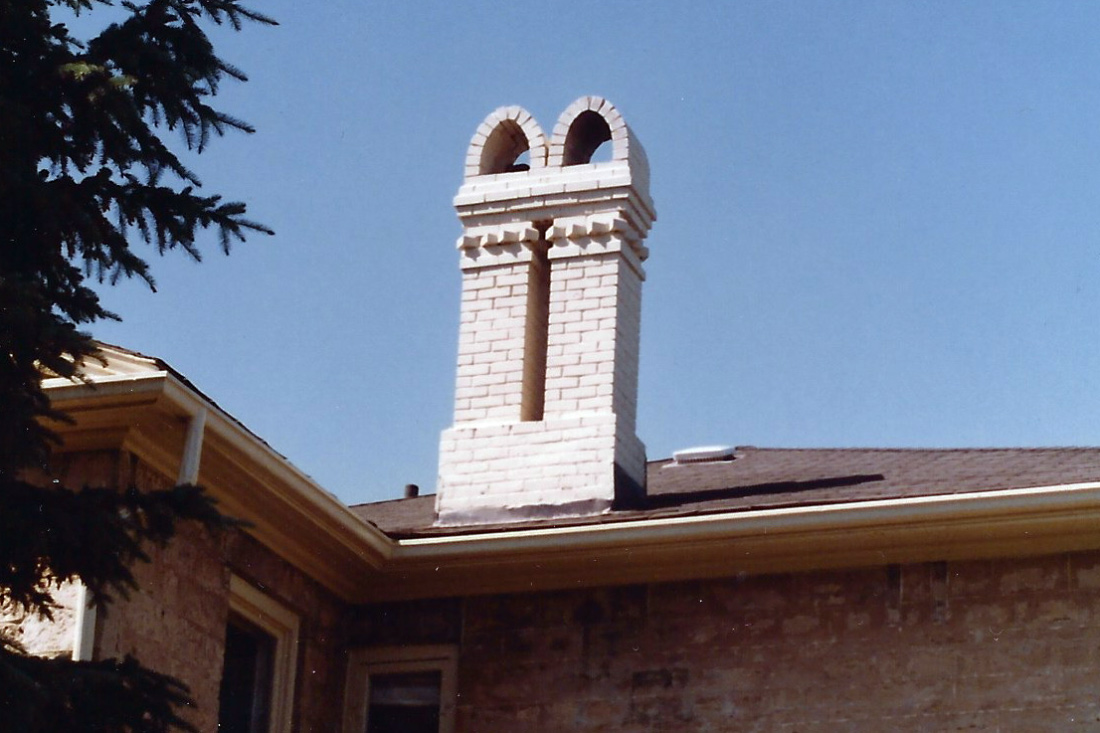 I was looking through some old photos and I found the attached newspaper story. It refers to a chimney restoration we did at a home in Guelph in the early 1980’s. The design was not ours – we restored as the chimneys were originally built. Our “golden arches”. Unfortunately the homeowners decided to paint […] 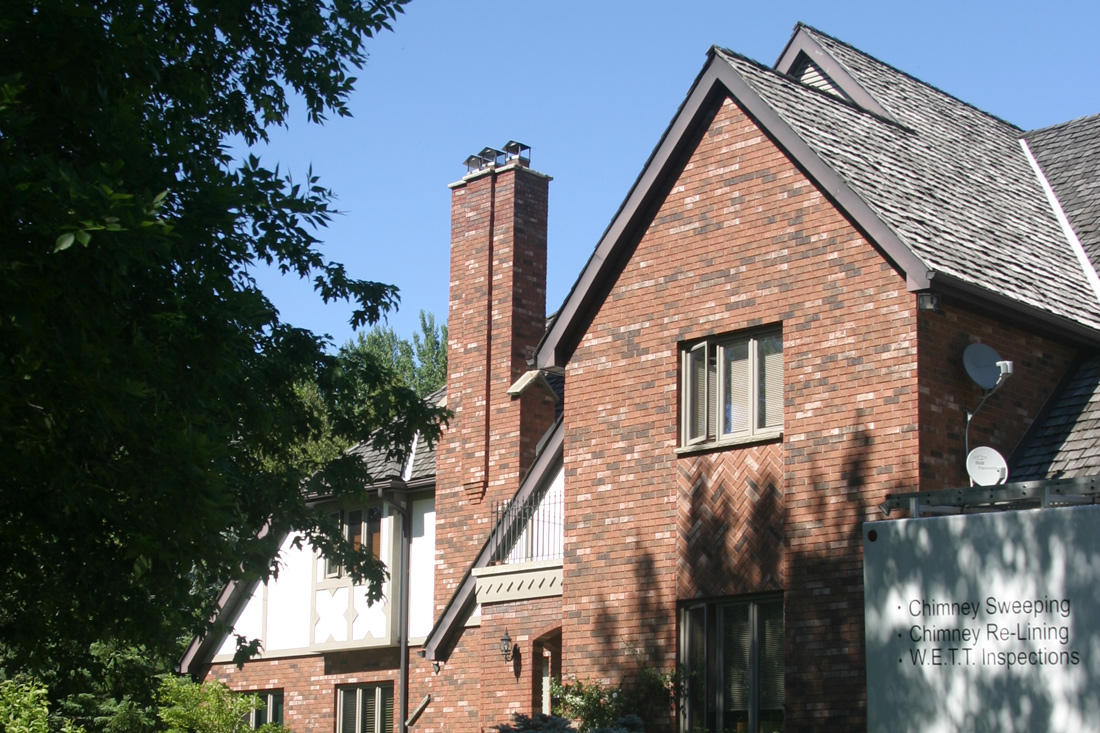 This particular restoration also involved “stepped out – stepped back in corbelling” at the top. This type of termination does not have a concrete cap with 2″ drip edge, as required by the Ontario Building Code Water is able to enter the chimney structure through the upper steps. leading to premature deterioration.The restoration […] 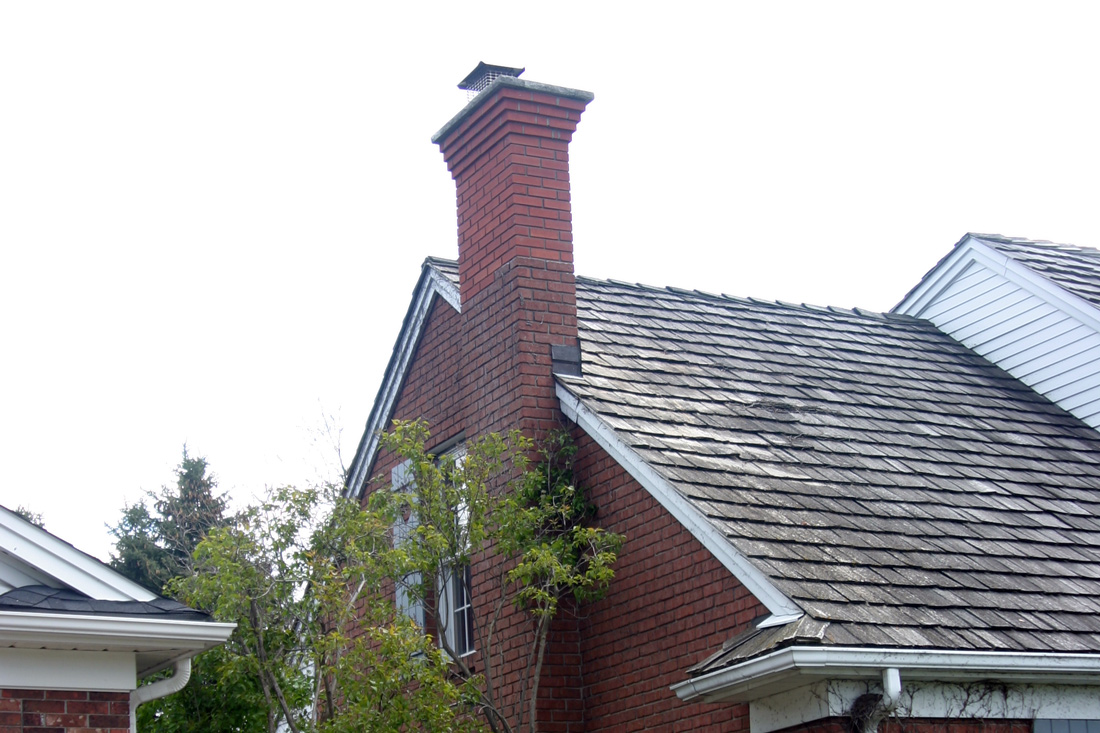 The chimney on this house in Waterloo was originally terminated at the top with a stepped out/stepped back in corbelling, topped with a soldier course of brick. No concrete drip cap on top with 2″ drip edge, as required by the Ontario Building Code. This type of construction is often employed by European trained masons, […] 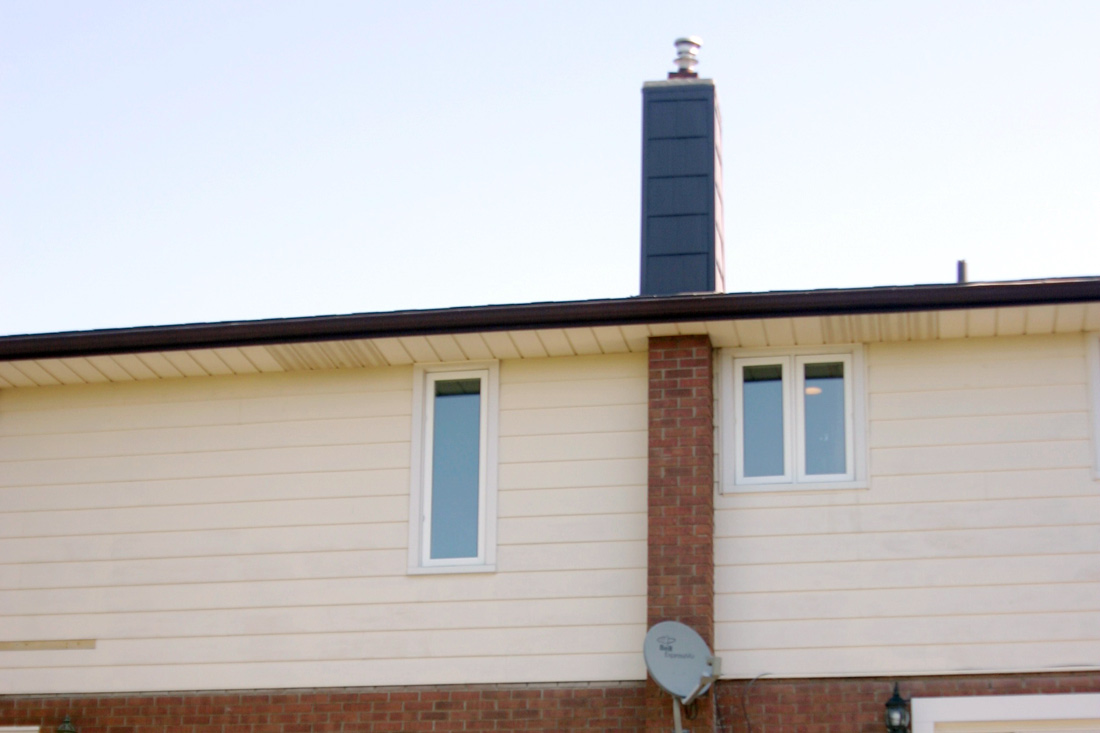 Chimneys deteriorate – typically above the roof, and usually because water is able to find its way into the chimney structure. Then they need to be (at least) partially re-built. This can be costly. The attached photos show what I like to call “the ostrich effect”. If I can’t see the damage, it is not […]

First restoration of the season 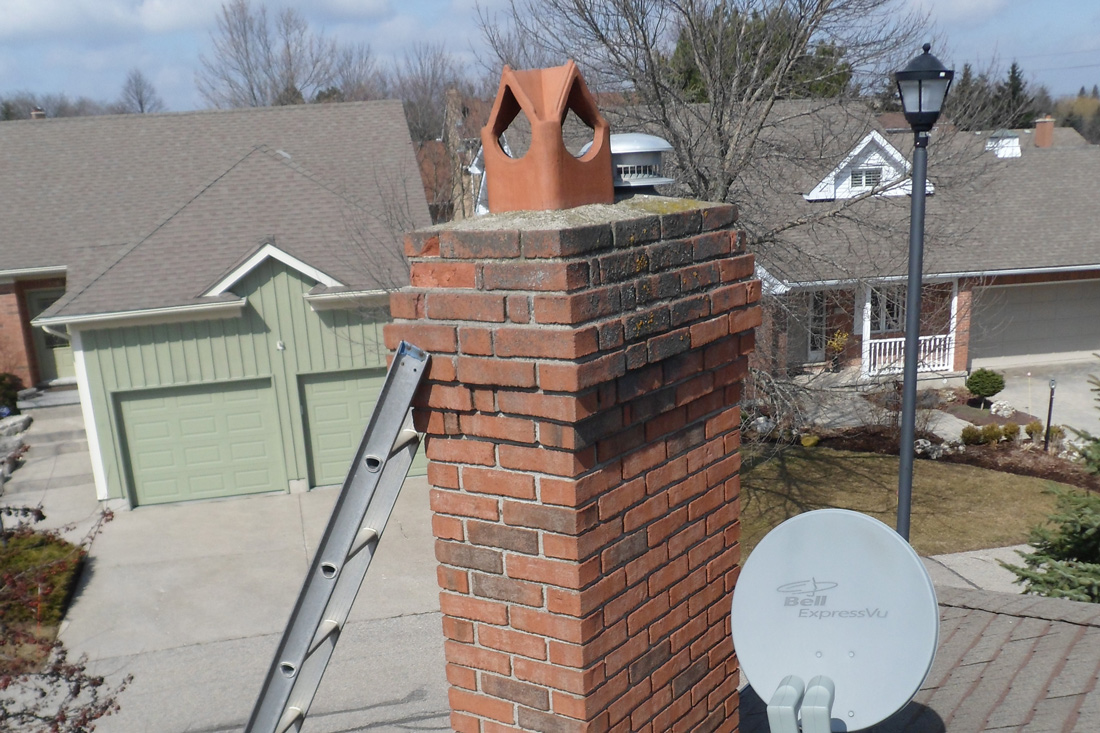 The early onset of spring weather permitted us to get started with our chimney restoration work earlier than any other time that I can remember. This particular chimney was built with stepped out – stepped back in corbelling at the top. Not uncommon, but also not complying with the requirements of the Ontario Building Code. […]

Restoration of the week 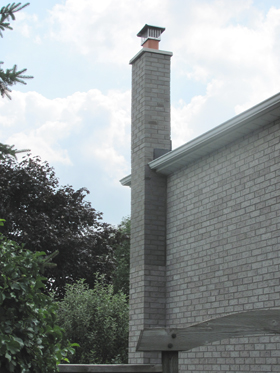 This chimney services a wood-burning fireplace. When the flue was last swept, it was discovered that the seventh flue tile from the top was badly cracked. This is fourteen feet down from the top. In order to comply with Ontario Building Code requirements, the chimney had to be taken down as far as the damaged […]

Chimney Restoration of the week 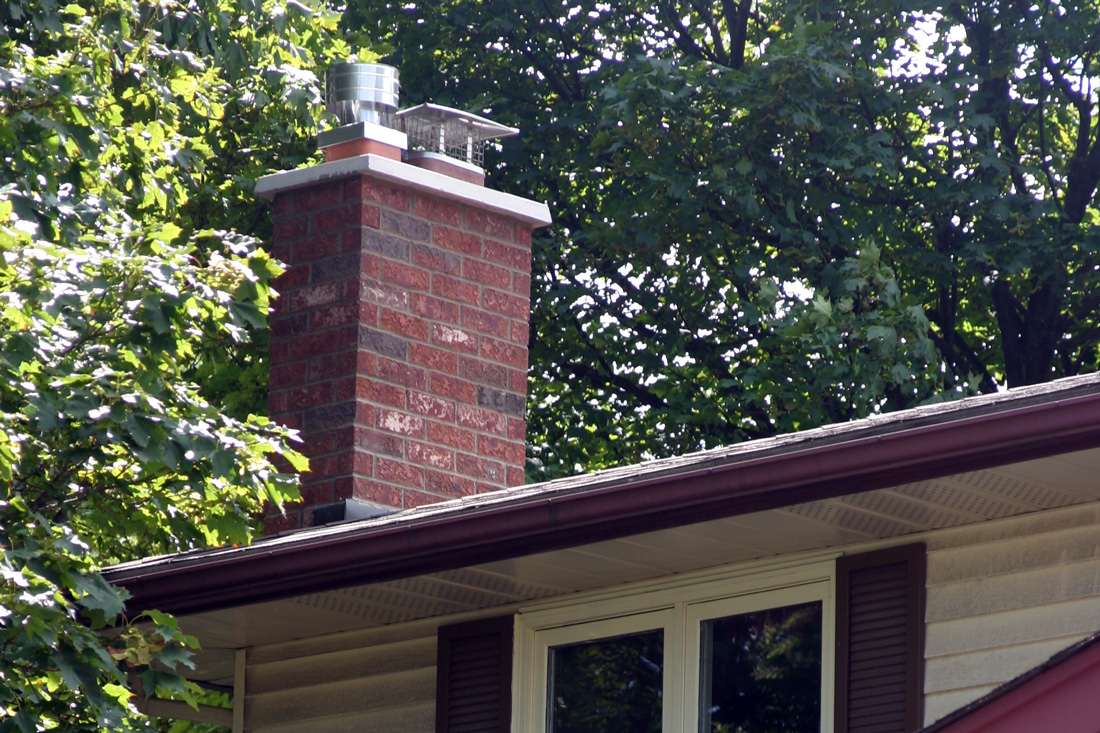 This chimney services both a wood-burning fireplace and a gas furnace and water heater. The damage, as shown in the photo) was caused by two things. The gas flue is lined with clay tile, which is not water-tight. Moisture venting up the flue is able to escape into the masonry structure and freeze/thaw cycles […] 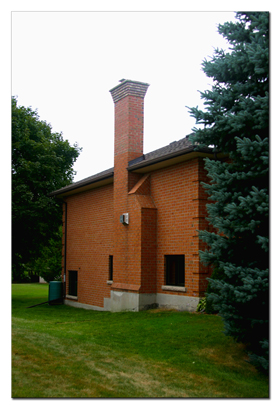 We recently completed two chimney restorations with a historical look. Three chimneys on one house and two chimneys on a second house . In the first case, the homeowner provided a photo from the early 1900’s and asked us to replicate as closely as possible. It was a challenging project, first to try to interpret […]